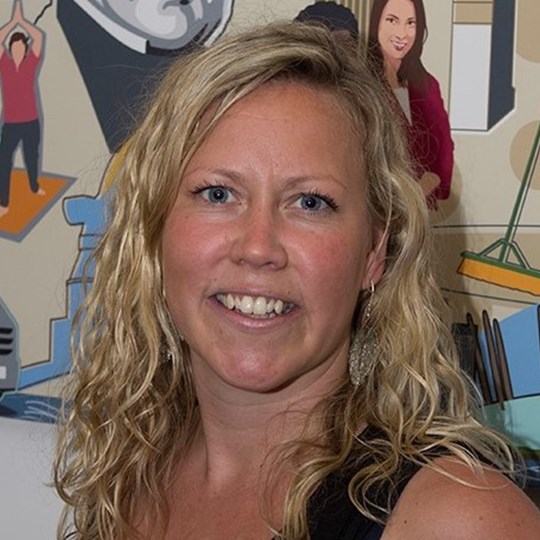 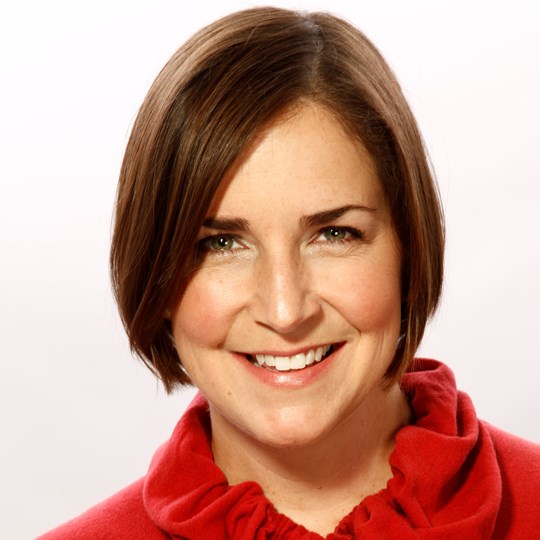 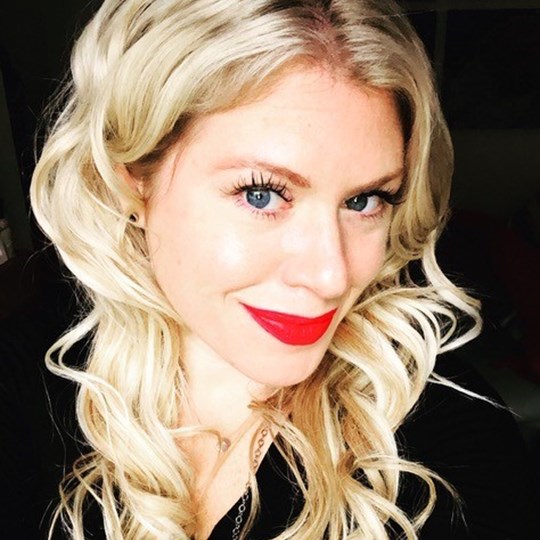 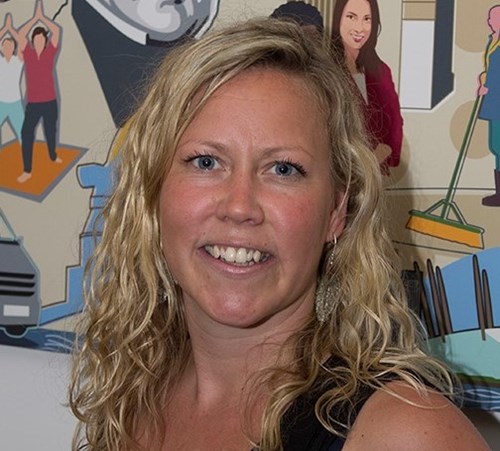 Before joining Standing Together as CEO, Guddy worked at Peabody Housing Association for nearly 11 years, first as Community Safety Manager, then as a Senior Business Partner for Domestic Abuse.

Guddy has trained over 43 Housing Providers nationally and is the housing representative for the National Violence Against Women’s and Girls stakeholder panel hosted by the Home Office.

She has spoken at International conferences in Czechoslovakia, Brighton, Belfast, Taiwan and the Hague about her work in housing and domestic abuse. She is a trustee of AVA and a 2016 Winston Churchill Fellow and was shortlisted for Red Magazine's Pioneering Woman of the year Award 2016.

Kelly's interest in domestic abuse started over 25 years ago as part of her university placement at a women’s refuge; her final year dissertation analysed gender differences in the charging and sentencing of domestic abuse homicides.

Prior to her current role as DAHA Co-founder and Business Manager – Domestic Abuse at Gentoo, Kelly was the Domestic and Sexual Violence Lead for a local authority, coordinating the area's Multi Agency Domestic Abuse Partnership.

Kelly's housing experience includes roles in housing management, asylum, policy and research. She recently was seconded to Northumbria Police to manage a Home Office funded multi-force project (Domestic Abuse: A Whole Systems Approach - DAWSA) to improve the police response to domestic abuse and oversee research into the provision of a national response to perpetrators of domestic abuse.

She has a Masters in Housing Policy/Management. Her PhD (Durham University) researched the role of housing in a Coordinated Community Response to domestic abuse and included the largest UK questionnaire to housing providers on domestic abuse. She was named 24 Housing's ‘Housing Professional of the Year’ 2018 for her work and research on housing and domestic abuse.

Kelly is a board member of Women in Social Housing North East, a trustee of the Alice Ruggles Trust, an Honorary Fellow at Durham University and a Steering Group member of the Centre for Research into Violence and Abuse (CriVA). 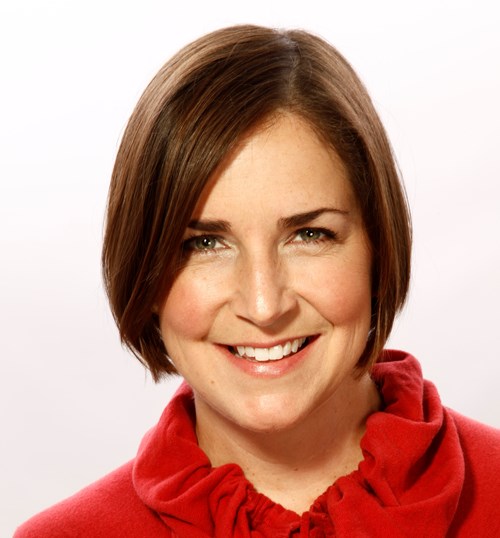 Nicole became the UK's first Designate Commissioner for Domestic Abuse in 2019, ending her 5 year term as CEO of Standing Together.

In 1997, she came to London and helped set up ADVANCE, one of the first IDVA services in the UK.

In 2000, she began working at Standing Together to expand the CCR approach into health settings. After returning to the UK following two years at the Institute of Politics at Harvard University, she worked for SafeLives, Refuge and her own freelance business before returning to Standing Together. 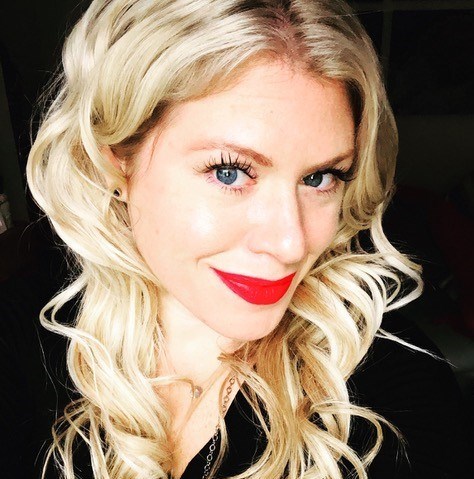 Meghan is a certified IDVA and managed a frontline service in West London before becoming the Domestic and Sexual Violence Services Coordinator for Kensington & Chelsea. Meghan then worked for Standing Together where she was the Housing Services Coordinator, chaired DHRs and published Turning Points, which examines the impact of a coordinated community response on survivors of domestic abuse. During this time, Meghan co-founded the Domestic Abuse Housing Alliance.

From 2013-2015, Meghan worked for Kensington &Chelsea Council as the European Communities Against Trafficking (ECAT) Project Manager and the Tri-Borough VAWG Transformation Lead. From 2015-2017, she was the Tri-Borough VAWG Strategic Lead, where she acted as lead commissioner, strategist and partnership director.

Currently, Meghan is an independent collaboration consultant, working with a number of strategic partnerships, local authorities and charitable consortiums to improve their approach to ending violence against women and girls via a Coordinated Community Response. Meghan has BAs in Spanish and Philosophy and an MA in Gender and Cultural Studies. 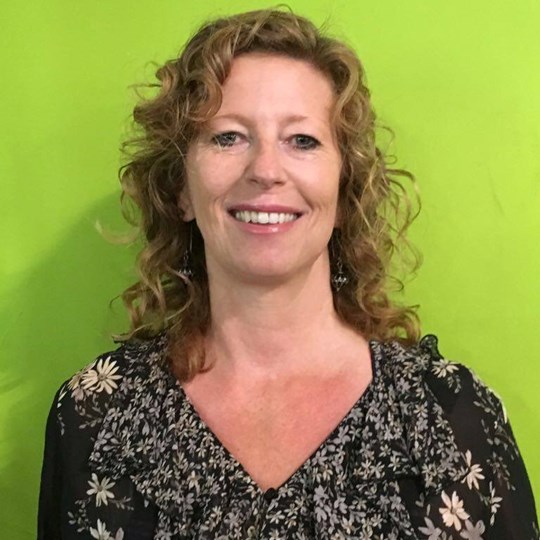 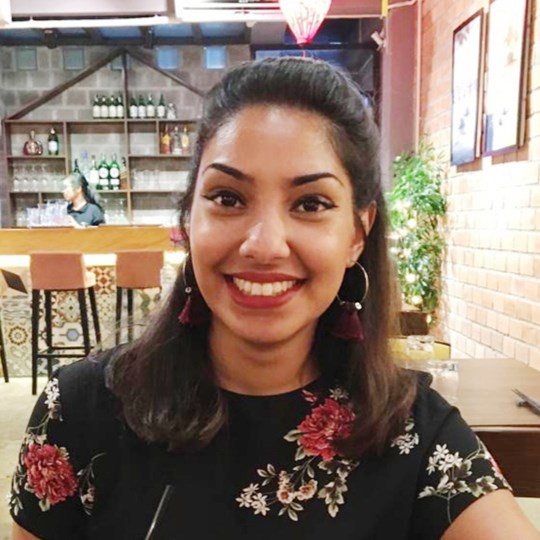 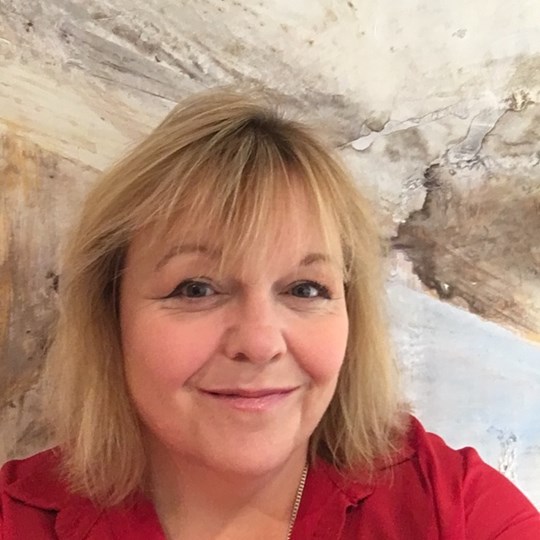 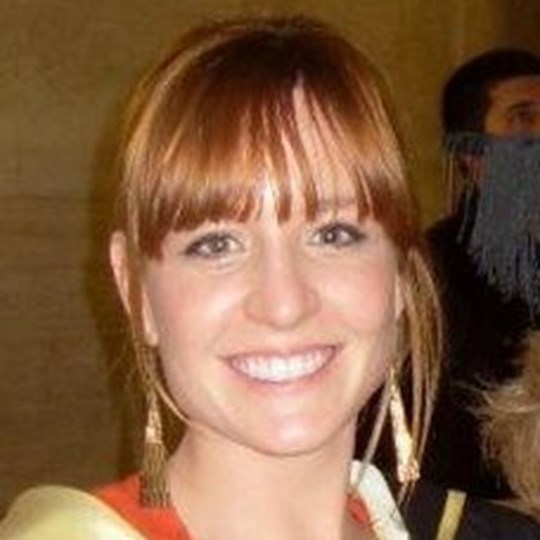 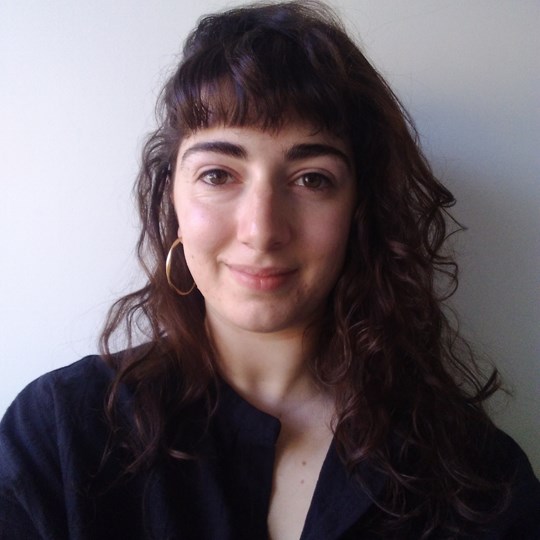 Rebecca is the Domestic Abuse Housing Alliance (DAHA) Team Manager at Standing Together Against Domestic Violence and has worked in the field of domestic violence for the past 10 years. Her experience includes delivering and managing frontline services for women and children, coordinating a local community response to domestic abuse in health and housing settings and working with organisations to develop in-house interventions that enhances how they deliver services to survivors and children.

In previous roles, Rebecca was the Development Manager at Women’s Aid Federation of England working on the Change that Lasts project, a needs-led and whole community response to domestic abuse that is being piloted across the country. She has also worked with the South East Coast Ambulance Service to set up a domestic abuse pilot, the first of its kind at an ambulance service in England, which introduced screening tools, trained champions and referral pathways to local services. Rebecca is also a guest lecturer at Goldsmith’s University for their MA Understanding Domestic Violence & Sexual Abuse course. 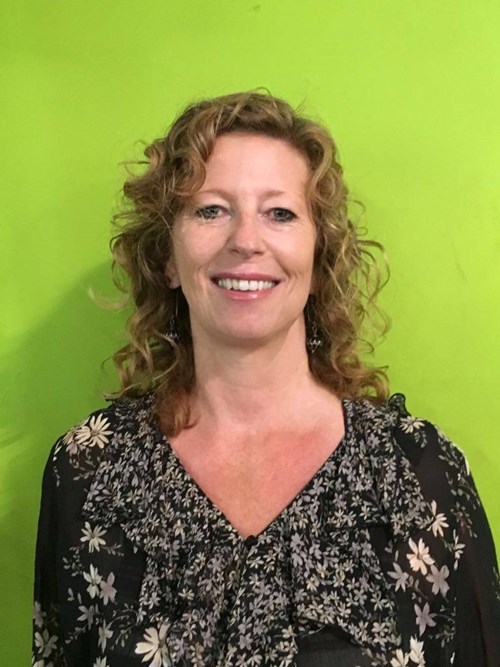 Sharon has supported high risk survivors of domestic abuse since 2005 gaining experience with two local authorities. Initially working as an accredited Independent Domestic Violence Advocate (IDVA), she has for the last 4 years worked as a Senior IDVA supervising staff within the domestic violence team located within the Multi Agency Safeguarding Hub in Cambridgeshire.

Sharon has experienced the benefits of partnership working including daily Multi Agency Risk Assessment Conferences in safeguarding adults and children at risk of abuse.

Sharon is passionate about protecting vulnerable people and is a core member of her local Hope for Justice abolition group, raising awareness in the community about modern day slavery. 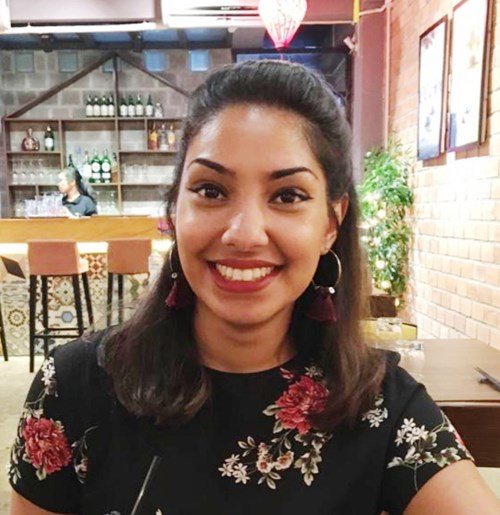 Saranya has a background in social housing policy and worked in the policy team at the National Housing Federation (NHF), focusing on homelessness, supported housing and welfare policy. Saranya led the NHF’s work on the Housing Association Commitment to Refer, which looks at how housing associations can effectively work with local authorities to prevent homelessness. Saranya also brings parliamentary experience through her role as a Parliamentary Assistant to Dan Jarvis MP. During this role she worked on various constituency campaigns and provided support on daily parliamentary business. 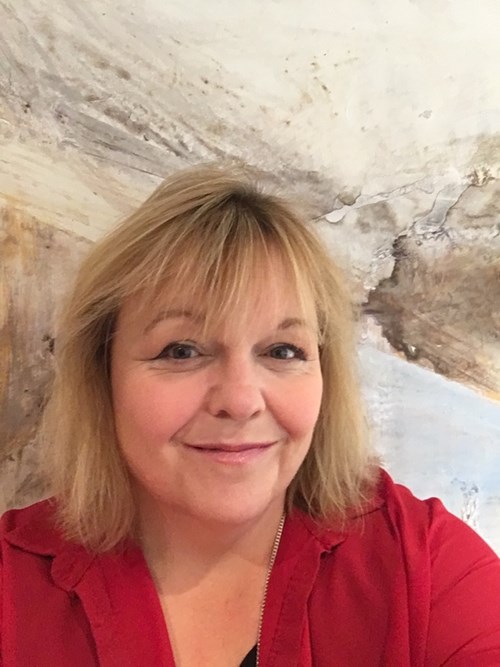 Judith brings to DAHA over 25 years’ experience first in the legal field and then in the domestic abuse sector.

After practicing as a family lawyer for eight years Judith found a passion and inspiration in working with survivors of domestic and sexual abuse. She moved to work for Women’s Aid in refuge, outreach & as an IDVA and then for Rape Crisis as an ISVA.

Judith was part of the strategic team that developed and implemented the first IDVA, MARAC and SDVC in her local area.

For the last 6 ½ years Judith has worked with SafeLives, initially on the MARAC Development Programme and Young People’s Programme, more recently in the Knowledge Hub developing & sharing her expertise in risk management, multi-agency collaborative working, safeguarding and information sharing.

Judith has a BSc (Hons) degree in Urban Estate Management and focussed on Homelessness for her final year thesis, so is delighted to be combining her interests, passion and experience to support the housing sector to improve its response to domestic abuse. 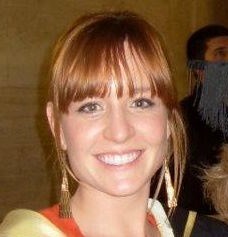 Deidre is the Private Rented Sector Development Manager at Standing Together Against Domestic Abuse. She brings 10 years’ experience in the domestic abuse sector, both as a front line practitioner and an advisor to national and local policy makers and practitioners in developing coordinated community responses to child safeguarding and domestic abuse.

Deidre began her work in domestic abuse while completing her MSc in Latin American Politics at the University of London, where she spent time in Oaxaca, Mexico, learning from grassroots women’s organisations that supported and advocated for indigenous women to access judicial remedies to domestic abuse while confronting discrimination both at a communal and state level.

After completing her MSc, Deidre began her work in the domestic abuse sector by volunteering on the National Domestic Abuse Helpline and at the Jagonari Women’s Centre, supporting Bangladeshi women in Whitechapel to become safe from domestic abuse. Deidre qualified as an Independent Domestic Violence Advisor (IDVA) while working for Victim Support as an advisor for survivors of domestic abuse in East London, specialising in providing support to survivors through the Specialist Domestic Violence Courts. In 2015, Deidre relocated to Bristol where she worked as Senior IDVA and Domestic Abuse Services Manager for a local domestic abuse organisation where she focused on developing housing and hospital based IDVA services.

From 2017 to 2020, Deidre worked as a Practice Advisor at SafeLives, where she supported local and national practitioners and policy makers to improve their responses to survivors of domestic abuse, through the Spotlight series and through One Front Door, where she led local authority areas to develop new and innovative approaches to coordinated multi agency responses to child safeguarding and domestic abuse. 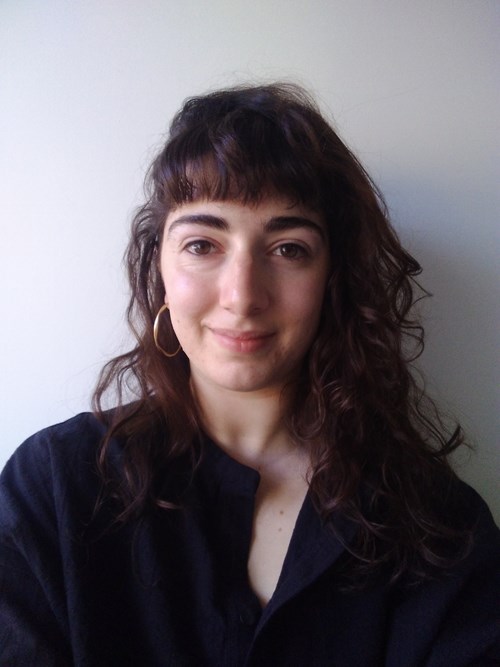 Elizabeth began working with Standing Together in October 2019, and joins the Whole Housing Team after working on Pathfinder, a national health project aimed at improving health responses to domestic abuse using a 'Whole Health' approach. She started her role as Whole Housing Approach Coordinator in April 2020.

In the 6 years prior to joining Standing Together, Elizabeth directly supported survivors in her capacity as a helpline volunteer, refuge worker and Independent Domestic Violence Advisor, with safety and social welfare issues, including various private rented, social housing and supported accommodation concerns. She also worked at Citizen's Advice, assisting the in-house solicitor and supporting clients through eviction hearings.

Elizabeth has a keen interest in legal and justice issues and holds a Graduate Diploma in Law, and a Masters degree in Medical Ethics and Law with International Law.

Freya has been the DAHA Events & Project Officer at Standing Together since July 2019. She works primarily on DAHA accreditation, streamlining operations and developing new resources to ensure the process runs smoothly.

Prior to joining Standing Together, Freya worked in marketing in Leeds for 3 years, managing design and artwork projects across a range of client accounts. The decision to move into the charity sector was the result of volunteering at a local soup kitchen and developing relationships with the service-users which sparked an interest in housing and homelessness.